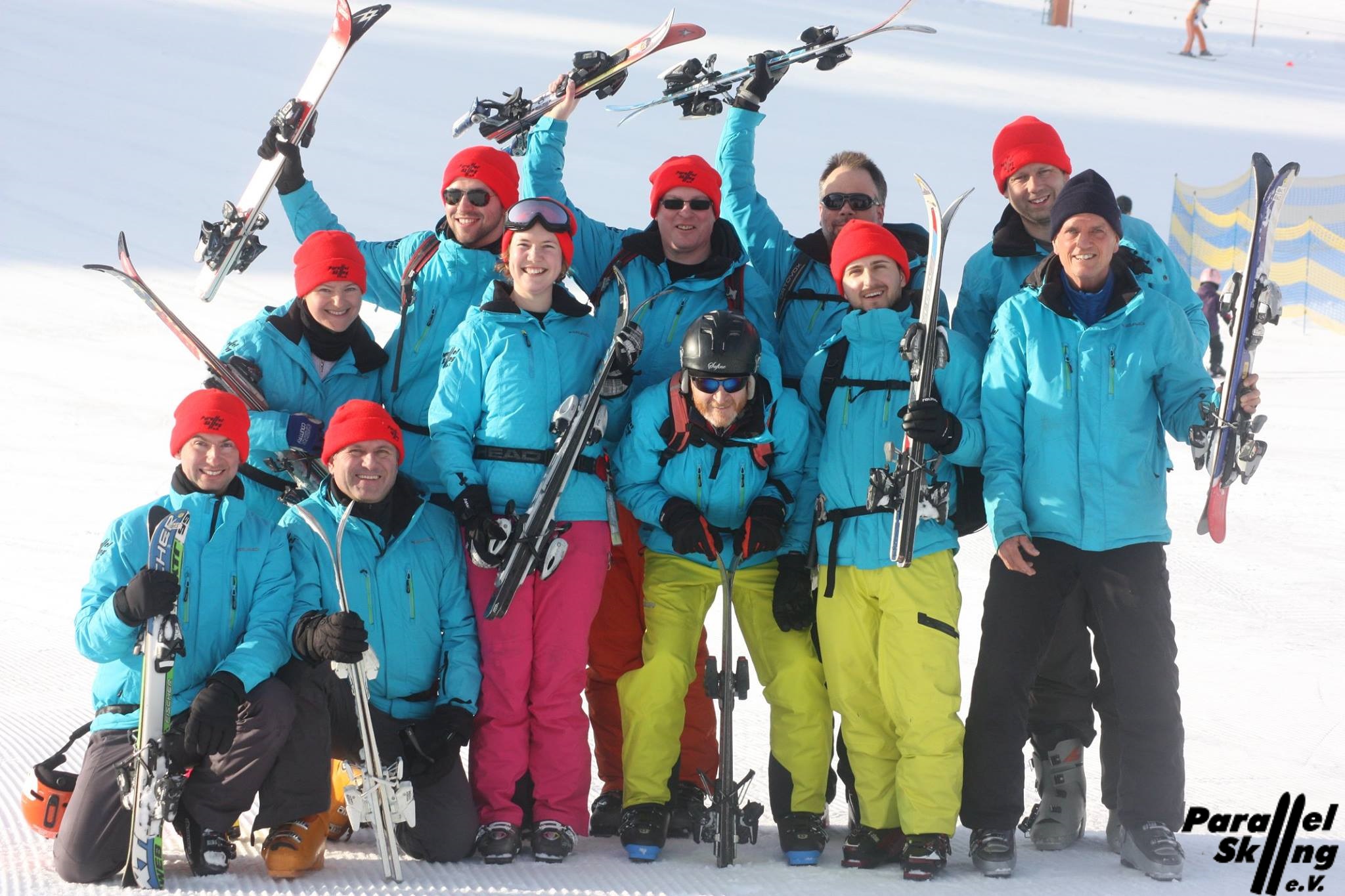 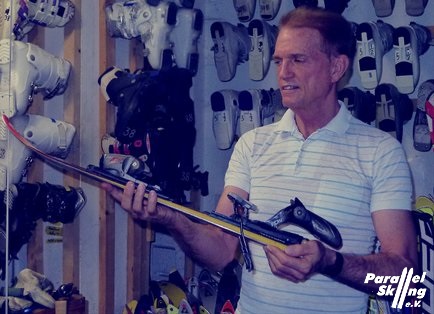 Parallel Skiing is a registered Sports Club in Germany and itself a member of the Bavaria State Sports Association,

Our club is made up mostly of expats living and working in Munich and Bavaria mostly from Asia and Eastern Europe. Our language of communication is English. We promote recreational winter sports among our expats and we concentrate mostly on alpine skiing but have occasional sledging, ice skating and cross-country skiing and the club has a Kinderskikurs München for kindergarten age kids in which we make daytrips from München to nearby Lenggries.

The founder and leader of Parallel Skiing is Ken Lawler. Our ski teachers also come from all over the world representing 12 nations. They have all had special training at teaching beginner skiers with the graduated length method.

Ken Lawler tells his own story:

While hitchhiking in Germany I was set out close to the village of Bischofsgrün in Northern Bavaria.  There I noticed skiers on a ski slope close to the main road. I had always wanted to learn to ski so I walked into the village to inquire about a ski school. This event changed my life. Martin Puchtler, the ski school director of the Skischule Nordbayern, explained the benefits of his Ansteigende Skilängen (in English: graduated length method) to me. Short skis and direct parallel. What a brilliant idea, but I was soon back to studying statistics in Texas with no thoughts of skiing.

After a couple of weekend attempts at skiing and several years later I returned to North Bavaria for a proper ski course. Martin Puchler's Ansteigenden Skilängen made learning to ski so easy that within a week I could ski the whole mountain with parallel turns.  I was hooked. When I was taking an advanced ski course the next season, Martin Puchtler suggested that I try my hand at ski teaching. I began training at the Skischule Nordbayern, in English: Ski School North Bavaria, as a ski instructor. Martin Puchtler, the the originator of the Ansteigende Skilängen Methode became my mentor.  At the Skschule Nordbayern I personally taught over 1500 adult first-time beginner skiers to ski parallel turns in medium terrain. When I presented the first version of my Ski Instructors Manual to Martin Puchtler he exclaimed "Du bist ein Kurzski Pionier." Since then at Parallel Skiing I have supervised the instruction of several thousand more skiers using the Ansteigenden Skilängen/Short ski method.

I taught Graduated Length Method (GLM) at Aspen Highlands and attempted (but failed) to introduce the short ski method to New Zealand. I have remained and will remain an instructor for beginner ski courses.

Munich International Ski Club (MISC) is a Munich ski club running ski trips to Bavaria, Austria and Italy. They don't offer ski courses so they send their first time skiers to us to learn. We send our finished skiers to them for fun trips to the mountains. We join them at DaveDowdy's  Bavarian-American Friendship Day at the Munich Frühlingsfest each year.

Reviews for Parallel Skiing in München.de.

Landkreis-Muenchen.de, is the official website for the Landratsamt München, Munich County Administration and it carries Parallel Skiing in this list of sport clubs in Munich:

An Ideal way to get your kids fit mentally and physically for our    kinderskikurs   is Super Fit Kids run by one of our Bambino Mothers, Jacinta Wagner. Sign your kid up for one of her courses at Sportprogramm Kinder München.